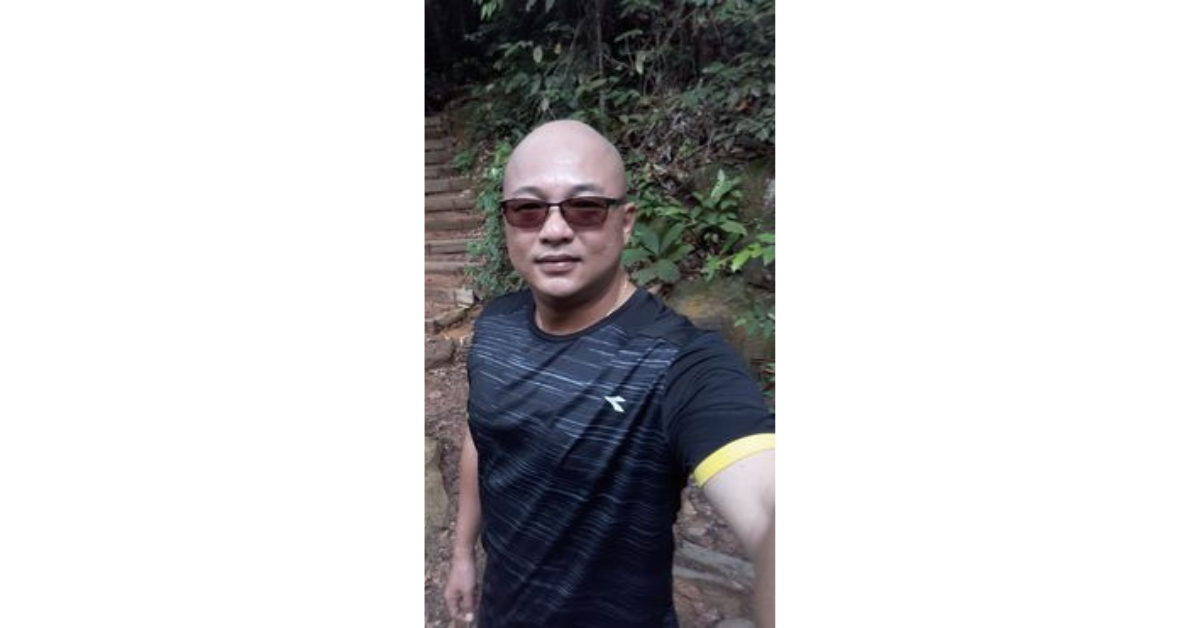 I was an apprentice in a furniture factory when I was fifteen years old. There was always a bottle of Double Prawn Brand Herbal Oil on the shop floor. Whenever I injured my hands, I would apply Herbal Oil because it helped to stop bleeding effectively. It also helped to heal the wound quickly within 3 to 5 days. Now, I am 48 years old and I am still using the Double Prawn Brand Herbal Oil and will introduce it to others, especially to the foreign worker friends and friends who ride motorcycles. Everyone likes it after trying it out! I told my friends that they must only buy Tai Tong Ah’s Double Prawn Brand Herbal Oil from the medical halls. It is much better than the yellow or blue tincture. Those who accepted my recommendation and personally have used it, praised the effectiveness of the product!

I would like to share another of my personal experiences: this incident happened when I was forty years old. I was driving a truck on the highway when suddenly, a large trailer truck traveling at high speed hit the rear of my truck. My truck was pushed down the slope and hit a tree. The entire front of my truck was badly damaged. Visualizing this tragic scene, one would think that the driver (that is me) would be dead. But fortunately, I was fine, except for some injuries on my face and a bruise (about 3” by 2”) on the forehead above the left eye. I was sent to the hospital. The doctor gave me two stitches on the left lip and applied some white ointment to the bruise wound. I was discharged and when on my way home after reporting the accident to the traffic police, I found that there was still discharge from the wound. Immediately, I knew that I needed the Double Prawn Brand Herbal Oil. So, I went to a Chinese grocery store and bought a bottle of Herbal Oil. After taking a shower at home, I covered my left eye with a towel and quickly poured the Herbal Oil to the wound on my forehead. It was so painful and I had to squat down for almost ten minutes. I applied the Herbal Oil 3 more times on the following day. The wound began to dry up the day after. I continued with the treatment for the next few days although it still hurt each time when I applied the Herbal Oil. On the 5th day, I felt the itch around the wound. From the 7th day onwards, the scabs began to fall off. After ten days, there was no need to apply the Herbal Oil, and two weeks later, new skin had formed and only a few scars remained after one month! Until today at the age of forty-eight, I can’t see the injuries I have suffered from the above incident. Bravo to Tai Tong Ah Double Prawn Brand Herbal Oil! 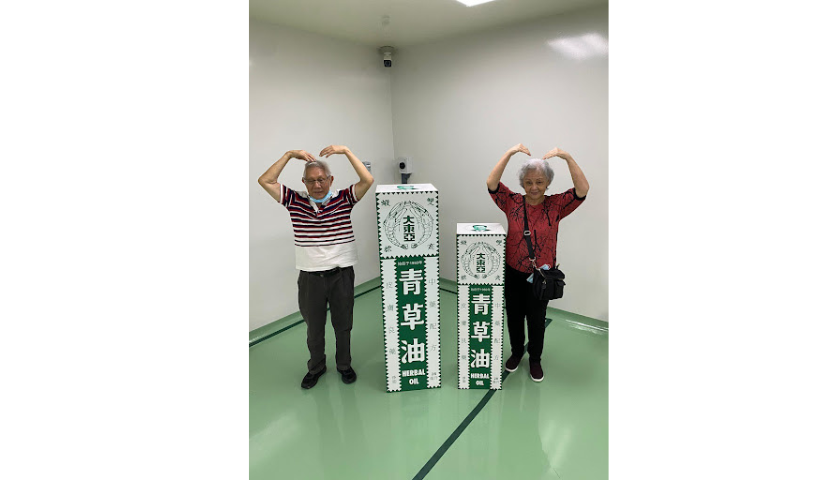 A Dot Is A Line That Went For A Walk

Our company is honoured to be one of the dots in a participatory art project “Breathing Life,” by anGie seah supported by Lions Befrienders and the National Arts Council. 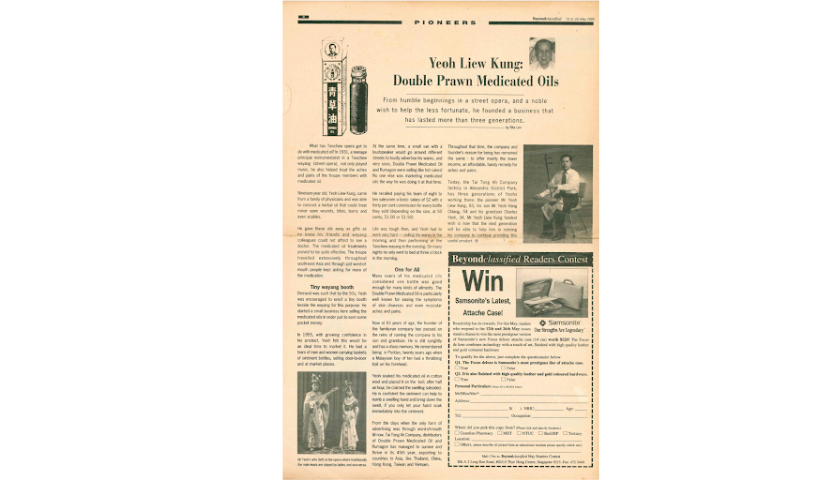 From humble beginnings in a street opera and a noble wish to help the less fortunate, Mr Yeoh Liew Kung founded a business that has lasted more than three generations.